HPD racing parts are only available to Honda Racing Line members. Sign in or learn more about membership.
Indycar

NASHVILLE, Tenn. (Aug. 7, 2022) – Despite early race contact that left his Chip Ganassi Racing Honda without a large portion of its downforce-producing floor – and an additional four pit stops to repair the damage – Scott Dixon went on to win today’s Big Machine Music City Grand Prix in downtown Nashville, and jump to second in the NTT INDYCAR SERIES Drivers’ Championship, just six points behind leader Will Power with three races remaining.

Key to Dixon’s 53rd career Indy car victory today was pitting just prior to a Lap 51 full-course caution, enabled him to move to second place, then take over the lead when Josef Newgarden made his final stop of the day.  The win also moves Dixon to sole possession of second in career Indy car victories, ahead of Mario Andretti and behind only the legendary A.J. Foyt with 67. 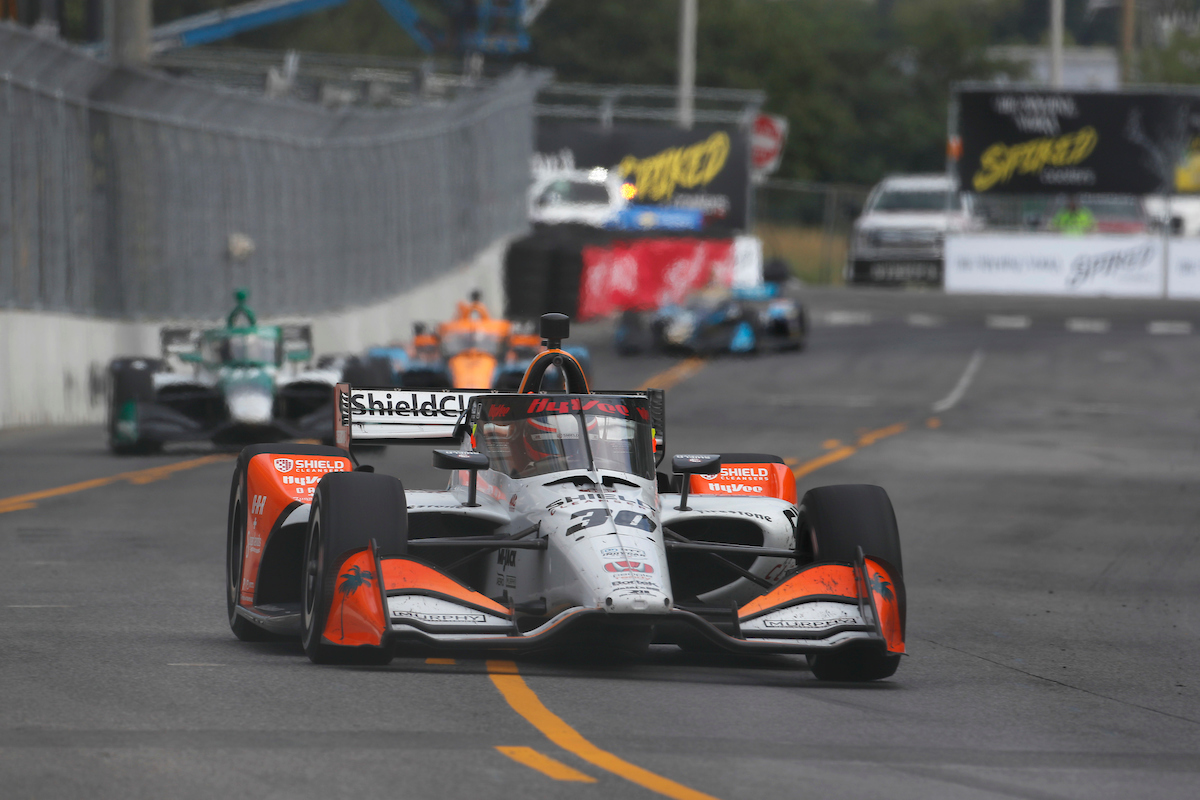 For a third consecutive race weekend, Rahal Letterman Lanigan rookie Christian Lundgaard looked to be in contention for a podium finish, until a flurry of late-race cautions and restarts saw him bumped down the order to eighth.  In his place, defending series champion Alex Palou put on a late race charge that saw him go from fifth to third at the finish.

Involved in separate incidents in the opening laps, Andretti Autosport teammates Alexander Rossi and Colton Herta clawed their way from the rear of the field – and one lap down to the leaders – to finish fourth and fifth, respectively.

Scott Dixon (#9 Chip Ganassi Racing Honda) Race winner, his second victory of 2022 and 53rd career Indy car win: “That was a brutal race.  We were involved in a crash just after the start that broke the wheel and took the underwing out of the car.  We had to take a bunch of front wing out to try and get it at least a little bit balanced, and the steering was all bent.  Just kudos to the team and Honda. Our strategy was right-on, but we still did almost 50 laps on that last set of tires.  We didn’t take tires on that last stop [that enabled him to exit the pits in second] so I knew some of those cars [behind him in the closing laps] would be coming fast.  But it feels special, very special, to get this [53rd] race win here in Nashville.  This is cool.”

Alex Palou (#10 Chip Ganassi Racing Honda) Finished third: "The NTT Data Honda was awesome, and the team did an amazing job with our pit stops and strategies, so I’m happy, and congratulations to Scott [Dixon] for his win.  This was good for our championship [effort], but we still need to push hard.  We got one step closer today closing to within 33 points of the championship lead], but there still is a long way to go.  I’m a bit lucky today that the contact I had with [Will] Power didn’t do any more damage [than a cracked/bent front wing] and I need apologize to him.  I didn’t realize he was in trouble and slowing so much [when they made contact]. But yeah, overall, I have to be very happy with today’s result.”

Wayne Gross (Manager of Trackside Support, Honda Performance Development) on today’s Honda win in Nashville: “It was another wild race here in Nashville, which looks like might become the norm here, with a lot of attrition.  Congratulations to Scott Dixon, now second on the all-time IndyCar winners list, the entire Chip Ganassi Racing organization for all their efforts. In a lot of ways, this race was a repeat of last year, with the winner encountering a major problem early in the race, but never giving up, making multiple pit stops to repair the car as much as possible.  Then Scott [Dixon] putting in a champions-caliber drive, now just six points out of the championship lead.  It was a similar race for Colton [Herta] and Alexander [Rossi], netting them fourth and fifth.  A great day for Honda and everyone at HPD.”

After a run of five races on four consecutive weekends, the NTT INDYCAR SERIES now takes a one-week break before resuming August 20-21 for the final oval race of the 2022 season, the Bommarito Automotive Group 500 at World Wide Technology Raceway, just outside downtown St. Louis, Mo.

Dixon Charges to a Podium Finish for Honda in Portland

Malukas Stars for Honda Under the Lights in St. Louis